Cap and Change: Five Key Takeaways From Our Expert Discussion 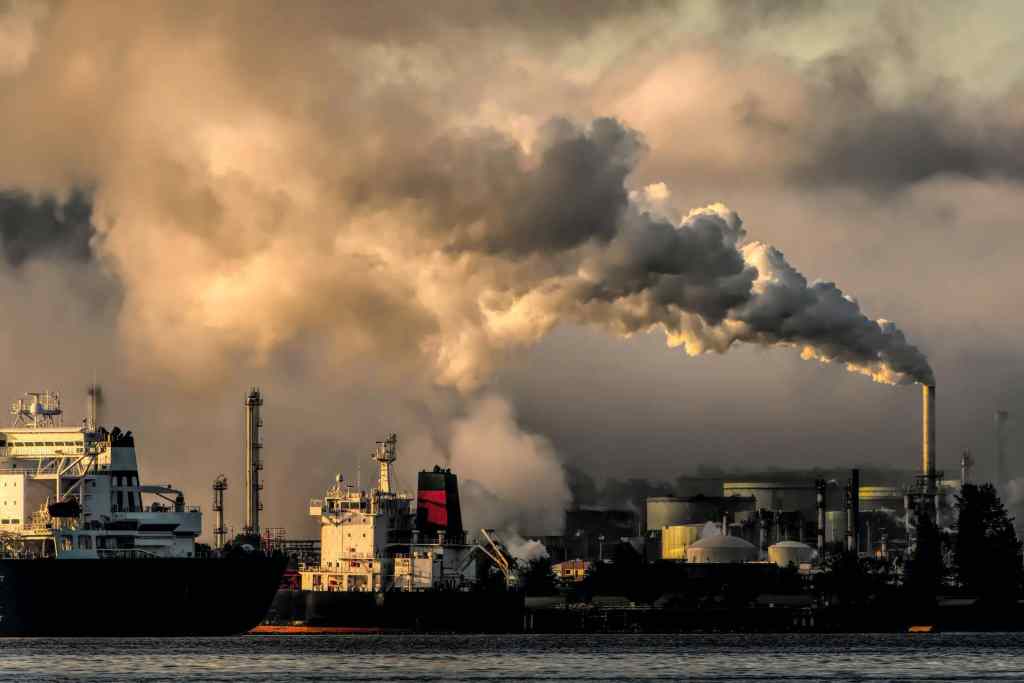 It’s a long, foggy road ahead. That was the pulse of last week’s Digital Traders Summit webinar, where our CEO Jens Hartmann and Victoria Hatherick of Argus Media mapped the many challenges surrounding the European Union Emissions Trading System (EU ETS).

Victoria is an expert in both EUA trading and European climate change policy. Her resume includes leading European and British institutions like EDF, Reuters, and since 2017, Argus Media — where she works as deputy editor in emissions. For years, she has analysed the daily movements in European markets, at the highest level. Here’s a spread of her thoughts from our webinar:

1. Drastic measures are the result of drastic goals

First, an explainer. The EU ETS distributes a finite number of allowances across industry actors, like power plants and cement producers. Each allowance lets the holder legally emit one tonne of CO2. In short, companies who pollute more must buy extra allowances; those who pollute less can sell excess allowances for revenue. This creates a profit incentive to decarbonise. Also, the number of allowances (aka supply cap) is lowered every year — paving a ‘reduction pathway’ for lowering overall emissions in the EU.

The big news came last summer, when the European Commission announced its ‘Fit for 55’ package: to reduce 55% of EU emissions by 2030, compared to 1990 levels. Whilst we expect the EU to lower emissions, this was a much larger cut than previous years. And as the EU’s flagship climate instrument, the EU ETS will be reconstituted to align with this policy.

One significant change is to include maritime emissions, which come mainly from commercial cargo shipping. These make up 2-3% of overall emissions in the EU. Additionally, the proposals look to establish another ETS: covering the road transport and construction industries, beginning in 2026.

Also coming is a new feature called the Carbon Border Adjustment Mechanism (CBAM), charging a tariff on carbon-intensive products imported into the EU. It aims to stem carbon leakage: where companies avoid the EU’s carbon prices by moving their production (and emissions) elsewhere. Ultimately, the end goal is reducing global emissions. The CBAM extends the ETS’s power to outside the EU — encouraging both European and non-European firms to green up their activities.

2. The outcomes are still under negotiation

In order to reach the EU’s ambitious reduction targets, the ETS must expand in scope and intensity. That’s clear enough. But Victoria explains how the exact changes are still being settled. This is called trilogue negotiations — meaning they will be debated between the European Parliament, Council and Commission. Each of these has their own opinions and stipulations.

For example, the Commission wants to include maritime emissions as early as 2023. But this looks unlikely considering we’re almost in winter 2022, without any finalised texts. The Parliament, however, would rather phase this in gradually, beginning with smaller ships in 2024. But the debate doesn’t just concern inclusion: the Parliament also wants to restrict market participation for compliance entities — or financial intermediaries acting on their behalf. The Council didn’t mention this at all in their proposals, and the Commission actively advised against it.

A major contention concerns frontloading: where carbon allowances scheduled to be sold later this decade are ‘brought forward’ to raise funds now. Here, the European Parliament and Council still disagree. The Council would prefer to raise 75% of revenues through the Innovation Fund — which sponsors technologies that reduce emissions — and take only 25% through frontloading.

In short, we don’t know what exactly will come out of these negotiations.

3. The Ukraine conflict is destabilising

The conflict in Ukraine has created deep uncertainty in the carbon market, expressed in price volatility. Prices sank in February, following Russia’s invasion, rose back to a record high of almost 100 EUR per tonne, before coming down again. Currently, they trade between 60-70 EUR per tonne.

Since the invasion began, the EU has sped efforts to uncouple itself from Russian fossil fuels, whilst still securing enough energy to supply member states. This is a steep challenge. Much of Europe relies on Russian energy, which makes up half of natural gas imports in Germany and Italy, and over 75% in countries like Bulgaria and Austria.

That’s why the EU created REPowerEU. The plan intensifies renewable energy investments, efficiency measures, and hydrogen development. This affects the EU ETS because the Commission wanted to partially finance REPowerEU with funds from the carbon market. Initially, the proposal was to sell allowances currently held in the Market Stability Reserve (MSR). This was, however, ruled out following concerns among member states.

Fit for 55 aims to stimulate the energy transition by tightening supply and demand. However, other proposals seek the opposite: to raise revenues and achieve energy security. Victoria believes these two aims converge in the REPowerEU plan. By decarbonising the economy and increasing renewable capacity, the plan doesn’t just cut emissions, but makes Europe less reliant on imported fossil fuels — not only from Russia, but anywhere. There’s a catch, though. To reach this point, we need long-term investment and infrastructure. Until then, the carbon market sits in the middle of this divergence: a key reason why we’re seeing such volatility. 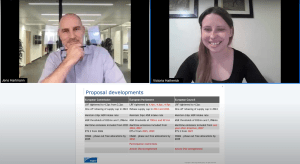 4. Speculation is also a price driver

Huge movements in the market aren’t just because of the conflict, Victoria claims. Much of this has also been a reaction to the EU’s mixed messages about what may happen. Carbon prices dropped, for example, when the Commission first proposed selling MSR allowances.

This reactivity will only continue in the next few months. It’s unlikely that any decisions by the EU will come fast or easy. Instead, the process will be long and bureaucratic, causing the market to twitch at every stage. Victoria says prices are currently fluctuating because we’re waiting for big decisions about the future of the EU ETS.

Given the big and knotted challenges facing the EU ETS, it could be a while before any sense of market normalcy is restored. Fit for 55 may take a long time to pass through trilogue negotiations, and is unlikely to finalise by the end of year. The war in Ukraine and concerns around energy security add another layer of complexity. On the other hand, this has also accelerated developments for REPowerEU; the Commission is hoping for a decision by the end of the year.

Regarding timelines, Victoria stressed the impact of geopolitics. The conflict is unpredictable. What’s worse: other energy markets feed into the carbon market. Even if, say, the EU reaches quick decisions on the EU ETS, uncertainty over Ukraine will continue to agitate. As a result, we won’t have an easy or stable situation anytime soon.

You can view the webinar recording in full here. See you at the next Digital Traders Summit!

Manage Cookie Consent
To provide the best experiences, we use technologies like cookies to store and/or access device information. Consenting to these technologies will allow us to process data such as browsing behavior or unique IDs on this site. Not consenting or withdrawing consent, may adversely affect certain features and functions.
Manage options Manage services Manage vendors Read more about these purposes
View preferences
{title} {title} {title}
Loading Comments...